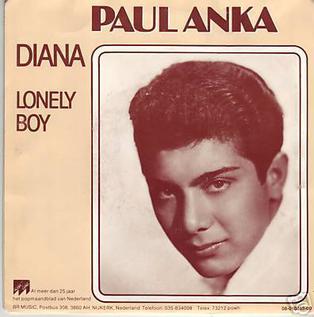 Paul Anka was born in Ottawa, Canada, on July 30, 1941. He recorded his first single “I confess” when he was 14. In 1956 he auditioned for Dona Costa at ABC with a love song he had apparently written to a girl at his church, Diana. It went straight to n°1 on the Canadian and US music charts. This single has sold over nine million copies worldwide.

He toured Britain and Australia with Buddy Holly, for whom he wrote “It Doesn’t Matter Anymore”, just before Holly’s tragic death in 1959.

He composed Tom Jones’s biggest hit record “She’s a Lady” and wrote the English lyrics for “My Way”, sung by Frank Sinatra, based on the French song “Comme d’Habitude” by Claude François.

Michael Jackson’s “This Is It”, released in 2009, was originally a title co-written with Paul Anka in 1983. Threatened to be sued for credit and a share of royalties, Jackson’s estate granted Anka 50% of the copyright on this song.